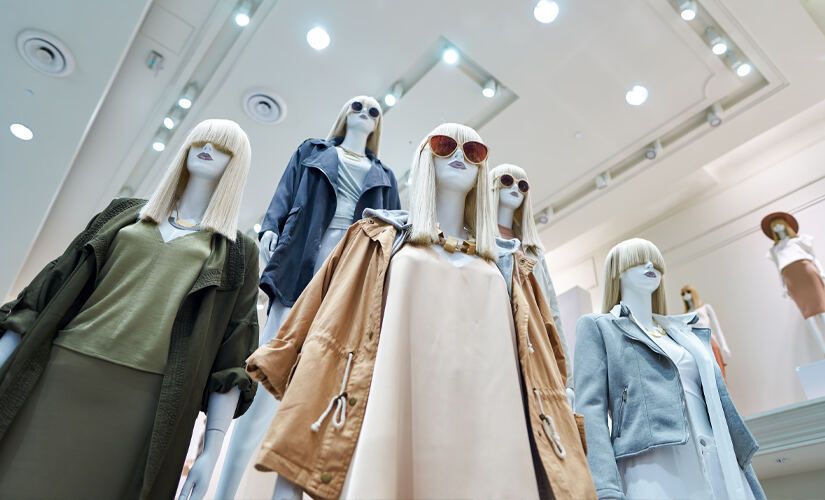 What Is Fast Fashion?

Due to recent news and current trends, lots of people are left asking “What is fast fashion?” Well, fast fashion is like the fast food of the fashion industry. When you boil it down to its simplest terms, it’s where you pay much less for something and end up not quite fully satisfied. Just like when you opt for that burger on the way home because it’s quick, cheap and easy, when you start buying into fast fashion you are going for something that will satisfy you temporarily, and you find yourself reaching for something else all too terribly soon afterward. So, what is fast fashion? What does it all mean?

1. What Fast Fashion Actually Is

Fast fashion is a term that is used in reference to how quickly designs go from catwalk to coat hanger. So often now, you see something worn by someone well known, and then just days afterward you’ll find “get the look” hints and tips in every magazine on every shelf. It’s this quick response, making something insanely popular overnight, and as a result obsolete in just weeks, that we refer to as fast fashion.

2. When it All Began

So, what is fast fashion’s history? It’s a relatively modern term, but yet, it’s not actually a new concept at all. Fast Fashion was a term that was used in the early 90s when describing a retailer who stated that they could get their clothes from the design stage to the shelf in a little over 2 weeks. Prior to that, throughout the 80s it was more commonly known as quick response, especially in the US. The birth of fast fashion was arguably the industrial revolution; it was that moment when people no longer had to raise their own livestock, and hand-spin their materials. Since then we have been, as a nation, hungry to speed things up more and more.

3. Why Fast Fashion is Bad for The Planet

I mean, I guess we all know this to some varying degree. But why? What is fast fashion doing to the world that we live in? Why it is so bad? Well, the answer to this one is so simple and also so huge that we aren’t entirely sure where to begin.

Firstly, the pollution that is caused by producing these new trends is astonishing. When you think that the first style is barely off the shelves when the next big thing hits, the factories and designers in the fashion industry are literally non-stop. Eventually, that’s going to have an impact. That and the carbon footprint to get a better deal. Importing is cheaper, but certain things cost less in different places, and so often components are shipped from all over, to be manufactured into one thing, which then is shipped to where it needs to be.

Then you have to think about what happens when you’re done with it? When you look at what is fast fashion’s biggest drawback, it’s the waste. How many times have you gone to a store to get something only for them to not have your size? I’ll bet when you did, there were multiples of certain sizes left. The size varies, but in my local shops, there are always so many XXS leftovers I sometimes question whether anyone has bought any. These clothes have to be disposed of, and this is not done in a nice environmentally friendly way. Big companies, especially those with an image to uphold, will burn their leftover stock to retain their company’s exclusivity.

4. Why it’s also bad for the workers

Remember that part where we said that importing is cheaper? Well, there’s a reason for that. Here in Canada, we have things like minimum wage and standard hours of work, which protect worker's rights. We even have legally required rest breaks at certain intervals. Some countries don’t have these. So, the cheap components that make up so much of the fast fashion industry come at a pretty hefty price.

In 1911 a factory in New York had a fire break out, killing 146 workers. Even that wasn’t enough though as the same thing happened in 2012 in Bangladesh, killing more than 115. Not only did history repeat itself, but the use of overseas factories for full garments as well as just components is still so, so common.

5. Why it’s even worse for you, the consumer

That’s right, it’s bad for you clever consumers as well. Despite our built-in pre-requisite to love a bargain, we only ever think about the immediate results. Just like someone with an addiction, constantly searching for their next fix, knowing it will only be a matter of time until they’re looking for the one after that, the fast-fashion bargain will only ever see you through until you see something else that you like. Or even something else that someone you follow likes, and then before you know it, you’ll be back out spending again.

Here we end up back at the cheap components factor again. This has a double effect on you, the consumer. Firstly, it means that these fast fashion purchases are just not built to last. They aren’t going to withstand multiple wears, washes and whatever else happens to them. So many times, I have heard my mom say, “I’ve had this dress since before you were born”. As far as fast fashion is concerned that’s a thing of the past.

Worse still, due to the cheap labor, cheap parts and the price that you paid, you’re less likely to feel guilty when you just throw it away. With around 80 billion new garments being made every year, and about 86% of unwanted clothing ending up in landfills, where it can take up to 40 years to decompose, you can start to see why this would cause a problem.

Are there alternatives to what is fast fashion world domination? Good news, there are. From thrift shops to garage sales, there are lots of places that you can avoid the fast fashion industry. Whether you’re looking for a completely new summer wardrobe, or whether you want some vintage-inspired goodies, there are so many different places now that you’re bound to find one that caters exactly to your style. With thrift shops, not only are you reducing your impact by avoiding fast fashion, but your money is going to an independent owner, rather than to line the pockets of the people that are fuelling the fast fashion industry.

If you have a big event or special occasion, it may be tempting to rush out and buy a fancy dress in the sale that you’ll only ever wear this once, because heaven forbid someone see you in the same thing at two functions. Consider renting an outfit instead. That way you only wear it once, but it isn’t left gathering dust in your wardrobe or not-really-rotting-away in a landfill.

But what is fast fashion doing? Stopping you from being able to enjoy new clothes that haven’t been worn by someone else before? It’s all well and good there being alternatives, but are there any solutions? The answer to this one is complicated. There are solutions, there are other places that you can buy your clothes which are not being propped up by the fast fashion industry. None of these are perfect, but in reality, nothing ever is. Shy of wandering around in the nude every day, forever, there is no way to completely eradicate any form of pollution or carbon footprint, but there are ways to make drastic improvements in very small steps. Everyone is responsible for doing their bit, and we are certainly doing ours – more on that later.

Look for recycled materials, organic or responsibly sourced textiles. Try and find a retailer who is transparent about what they are doing and where they get their materials from, where the labor is carried out and who by. It’s all fine and dandy if something is 100% natural cotton, but not if some poor worker without any legal protection is picking it for pennies a day so that your garment can be made in a sweatshop somewhere by someone on an equally poor salary. Find out who is doing what to reduce their impact, who’s holding their hands up and saying this is a problem we need to do something. Yet not just saying it but doing it, too. Living and breathing their ethos. You can even look at independent sellers on web shopping platforms and trade or craft fairs.

Although the subject of fast fashion is trending and is being talked about so much more frequently, the problem is actually still getting worse. Fast fashion has grown in the last few years by over 20% according to some research, and it looks like the increase is getting bigger and bigger every year.

Based on the current projections, there are estimations that fast fashion will increase by more than half again in the next ten years or so. According to Euromonitor International Apparel & Footwear (2016) by 2015, people were wearing their clothes 50% fewer times than they were in 2000.

Yep, that’s right. You may think that you’re just one person in a big pool, and yes, you are, but so are the others. Collectively we can put a stop to the problematic fast fashion habits. Only 1% of textile waste is currently recycled, and when you compare that to the 86% currently being sent to landfill, it’s not even a scratch on the surface.

In 2017 there were 7.53 billion people on the planet, and if every one of those decided to recycle just a quarter of their unwanted clothing then things would be drastically different. So, while you are indeed just one person in a big pool, if enough one persons make a change, the world will become a better place for it.

How Contrado are Fighting the Fast Fashion Habits

Here at Contrado, we do what we can to ensure that the fast fashion fad is left behind. And the one thing that we will always promise to do, is to never stop trying to do more. One of the biggest things that we do to stamp out fast fashion is that we make everything to order. We don’t have a warehouse stocked with hundreds of unsold garments. We only start production once the order has been placed. We don’t make anything unless we know that someone wants it.

We do everything under one roof, here in our studio. That way the printers don’t have to ship to the sewing department to ship to us, to ship to you. We literally walk it from one step to the next. We know exactly who prints, cuts and sews your garments. We interviewed them, we hired them, we provide them with their daily coffee and we say good morning to them every time they come to work.

We offer a range of natural and organic fabrics, as well as ensuring our textiles are responsibly sourced, even the wood we use to handmake your canvas frames is FSC certified. We don’t use water in our printing process, and we do use eco-friendly inks.

We are on a mission to become textile neutral and that has involved making multiple changes within our processes. We have designed no-sew products which use smaller parts of our fabrics so that there is less of it which are offcuts. Check out these bibs, for example.

We then decided to stop throwing away the offcuts altogether. Instead, we bag them up and offer them as fabric remnants to all our crafty customers in the UK, completely free of charge, with only the postage to pay.